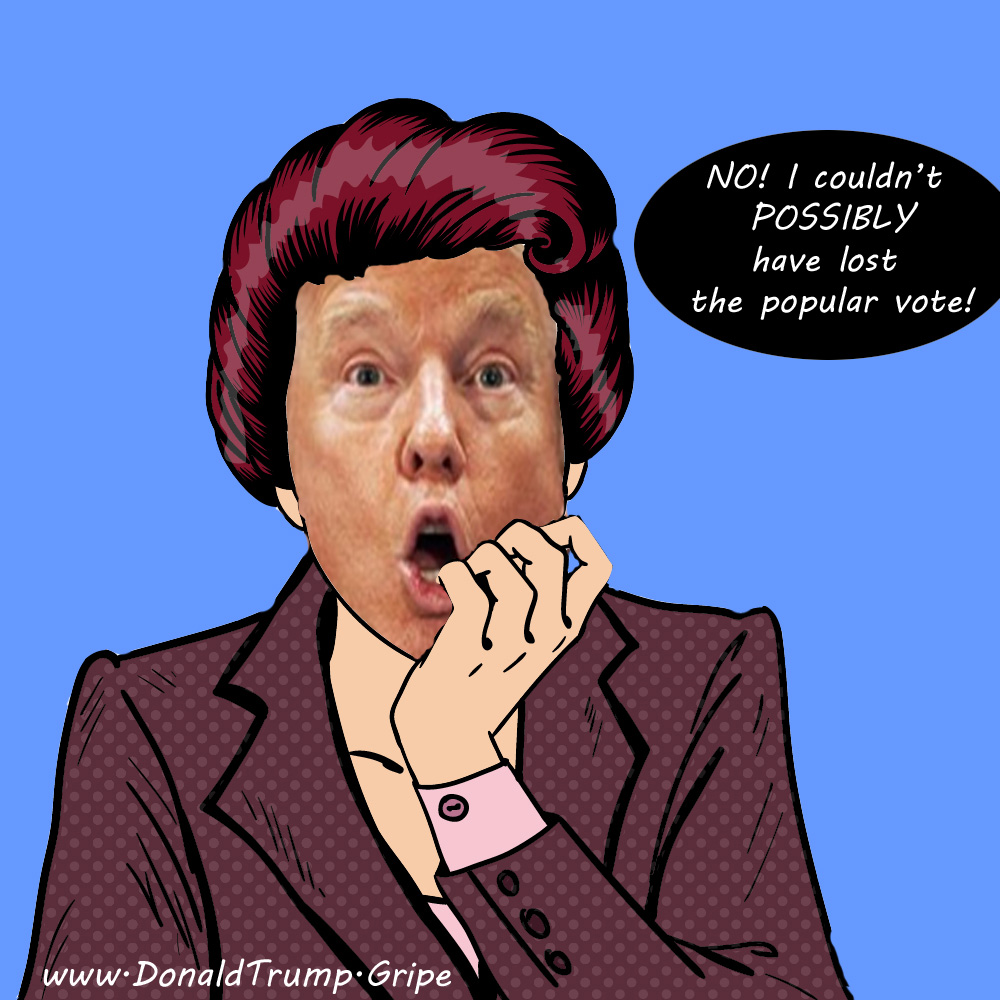 Trump believes whatever thoughts protect his fragile ego – facts don’t matter. Now he has our tax dollars at his disposal to attempt to support whatever delusional claim he comes up with.

Trump’s fragile ego cannot handle the fact that he lost the popular vote.  Protecting his ego is the only reason he has to pursue this crazy fabrication that all these “millions of illegals” voted in the election.

Does the new Fed budget have a line item for “Trump’s Ego”? Pretty sure we didn’t budget for that.

If Trump were a sane, reasonable person, don’t you think he would leave well enough alone? I mean, HE WON THE ELECTION, for goodness sake. Beyond the fact that he won, the suggestion of widespread voter fraud has absolutely no foundation in reality. Not a single professional who studies voting behavior thinks there is any major issue here.